Will I turn away from you.”

– I Shall Believe, Sheryl Crow

Yesterday my girl friends and I had a lively discussion about marriage, in which we aired our own anxieties pertaining to this next terrifying stage of our lives and shared many of our other married friends’ sordid experiences of conjugal life. Some of these made us cringe in horror as we all thought out loud (in unison): Will that happen to us? And if yes, how do we deal with it if we were in that situation? And if possible, how do we protect ourselves from even getting into that situation?

Whatever this undesirable situation is, we all agreed quite unanimously that the only way to perhaps take a proactive prevention step at this pre-marital stage is to get to know one’s future spouse first. This means discussing with one’s significant other issues that women in Malay culture always find a little uncomfortable to talk about amongst themselves, much less with a man, and this includes sex and sexuality, polygamy and/or the possibility of it, and dealing with mothers (or monsters) in laws. Yes, this is going to be awkward, and yes, this is super embarrassing to discuss, but, I tell the ladies, would you rather know now and decide whether the wedding should and shall proceed, or be surprised after you have both embarked on this lifelong journey together? Keep in mind that you’re not in it for a semester or two, as one would think of a university exchange program for example, but for the rest of your lives.

Often we hear of couples putting too much weight into the wedding preparations, and leave the marriage preparations for later. These two are not one and the same, though they may complement each other. The fact of the matter is, it is the latter that will determine whether exactly a decade from the wedding day, there will still be a long-standing marriage to celebrate. And that in this marriage, there are perhaps many more decades to be spent in the pleasure of the other’s company in the future.

The question that remains is, then, How on Earth do we know how well we know a person? And the answer? We can’t know. There is simply no way of knowing. Not because a person’s character and quirks could vary so widely there is no way of measuring or quantifying them all, but also because these constantly change according to things within and beyond their control, such as their life circumstances, the people they meet and fall in and out of love with, the trials and tribulations they have been put through. The person you meet now may only faintly resemble the one you knew twenty years ago, and the same could be said of the spouses we will marry in the future.

Upon coming across this dead end, I suggested that one thing that should always remain constant and consistent between two spouses (assuming we’re talking about monogamous marriages here) is their ability to communicate with each other about anything and everything and at any time. Of course, some conversations or discussions might unfold much more smoothly given the right mood and circumstances, but issues of appropriate timing aside, the spouse is essentially — and ideally — the first person one would go to in order to “unload” one’s concerns and insecurities,  joys and anxieties, with no inhibitions.

Having said this, I do believe that being able to communicate effectively doesn’t necessarily mean telling one’s significant other everything, but rather it points to the ability to create an environment in which two rational, mature individuals could discuss and resolve issues and perhaps even let off some steam once in a while, particularly if it means drawing out the conflict and dealing with it head-on, rather than sweeping it under the carpet and letting so many negative feelings of dissatisfaction and disappointment simmer. Indeed, perhaps there are skeletons best kept in the closet, or maybe there are things that are not yet communicated to one’s significant other not because one lacks trust in him or her, but simply because one does not feel ready to expose that part of their past yet.

And that’s fine. As a spouse, one must understand that it is one’s job to break these boundaries, and to build the foundation of trust that will hold the conjugal bond together, however long it takes. This is not a job that ends after vows and kisses and rings have been exchanged; in fact, that moment only marks the beginning of this life-long endeavor. One must remember that the title of “husband” or “wife” does not automatically entitle one to privileged access to the deepest and most hidden corners of one’s spouse’s mind. Build that trust first, then we’ll talk business.

I’m not entirely sure how all this talk of trust and boundaries and these two photos of bicycles on one of the many bridges of Amsterdam — taken on a short visit just last week — may have in relation to each other. As I began typing up this post, the flow of ideas seems to have gone in a completely direction from what was originally intended.

Perhaps there is no relation at all. 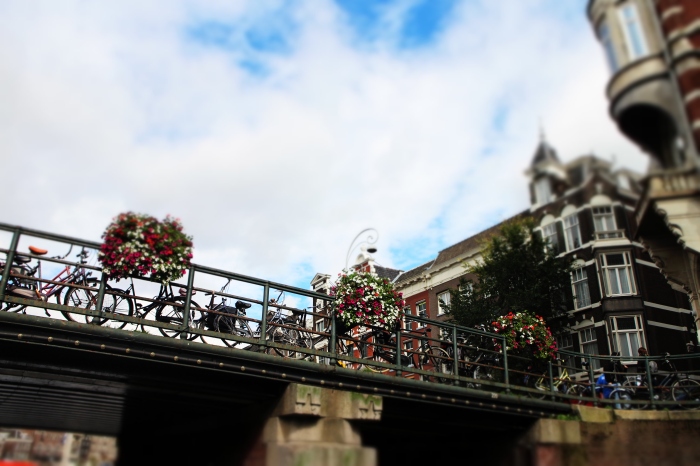 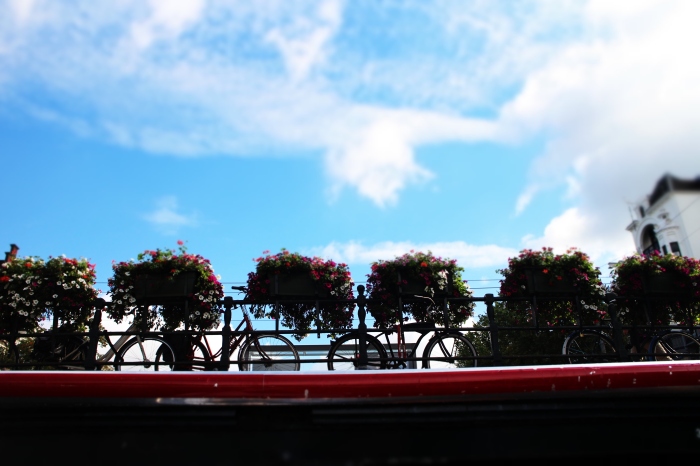 In response to The Daily Post’s weekly photo challenge: “Boundaries.”